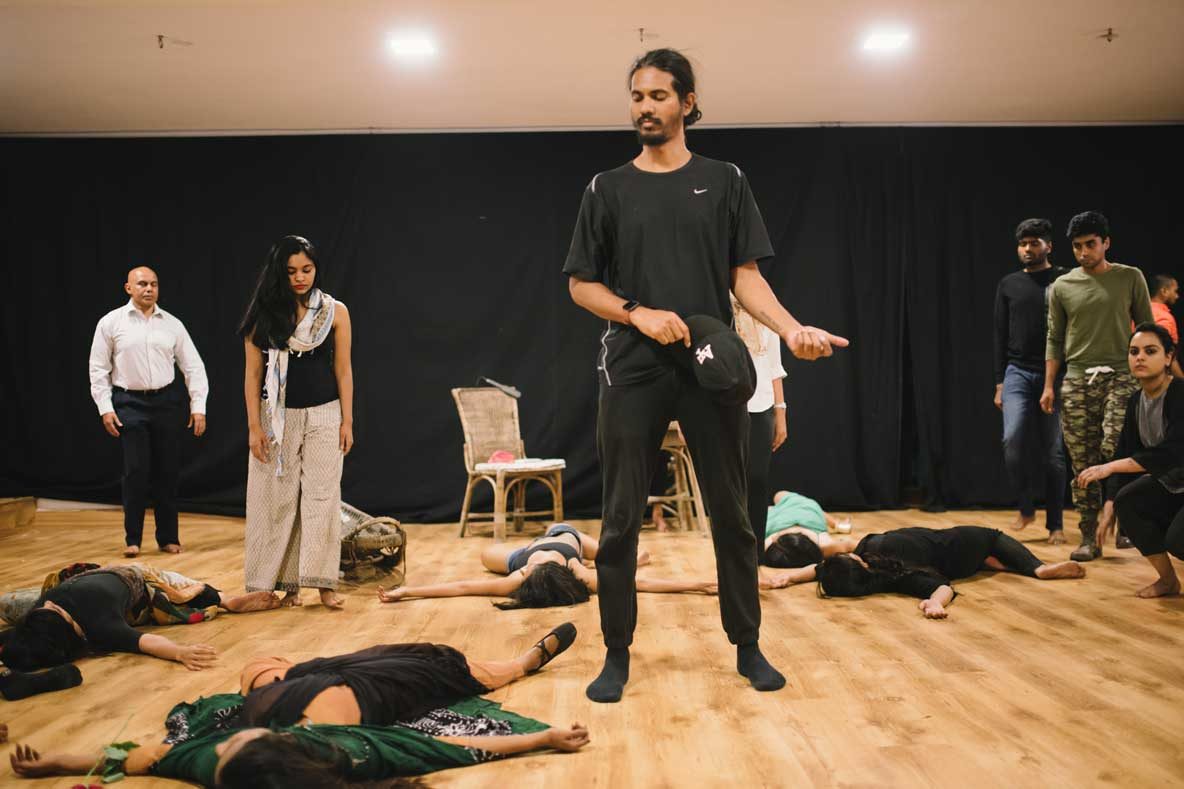 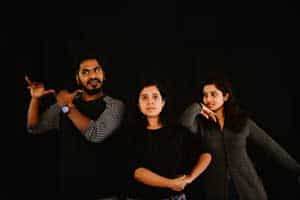 Drama is a story to perform in front of an audience.

What is drama in literature?

Drama falls under the poetry genre in literature.

Western drama is traced back to the classical Greek culture around 5th century BC. Athens was the center of this ancient theatrical culture. There three genres of drama used to get enacted, tragedy, comedy and satire.

But by the beginning of the 2nd century BC Rome came up to be the center of the theatrical scene.

Early middle ages were the time of morality drama when churches staged dramatized versions of biblical events. It went up the same way till 15th century.

Further in the 16th and 17th centuries, English Renaissance theatre took up the theatrical center stage and dominated it with the rise of such great legendary dramatists like Shakespeare, Christopher Marlowe, Thomas Middleton, and Ben Jonson to name a few.

Later from 1660 to 1710 England saw the rise of restoration comedy with the rise of the dramatists like John Dryden, William Wycherley and George Etherege. 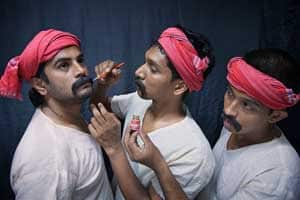 Where do you find yourself placed in this entire scenario of drama? It must be modern and post-modern era simply because you belong to it. Hence find a good drama school near you and join their best theatre classes in Bangalore to learn the dramatic art!

Connect: A Course in Physical Theatre in Bangalore Indiranagar at FLUX

Performance and Presence: A Course in Stage Presence to Stage Performance

Meta: Multidisciplinary Interactive Course in Creativity in Bangalore at FLUX

Yes, And… Playback Theatre Training in Bangalore Indiranagar at FLUX

Drama Classes in Bangalore Indiranagar in the Drama School at FLUX 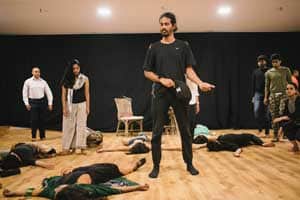 What kind of drama classes in Bangalore would you be really interested in?

Under theatre classes in Bangalore, you can choose one or more out of acting classes, voice modulation classes, direction classes or script writing classes.

Theatre groups in Bangalore produce drama for kids. Many drama classes for kids or theatre classes for kids are operational in the city. Adults interested in performing generally join a drama club. But they must have some experience in any one of the dramatic fields beforehand.

When it comes to theatre classes in Bangalore, I personally am often looking for drama classes near me including all kinds of acting classes near me too or else some theatre workshop near me so that I may attend them without wasting much of my time in traveling to attend them every other day.

It’s equally good if these drama classes in Bangalore are located in the heart of the city, since that’s where we otherwise keep going to for other purposes as well.

Drama classes in Bangalore at FLUX are very conveniently located in the entertainment hub of Bangalore at 607, 12th Main, Indiranagar, Bangalore 560008, Karnataka where everyone often keeps coming anyway.

Come and join these drama classes in Bangalore at FLUX! 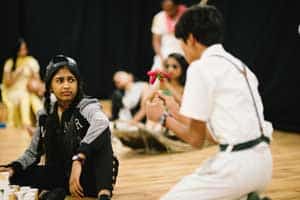 Acting is an art through which actors and actresses tell a story by assuming a character in theatre, film, TV or any other audio visual medium.

You will need expert acting skills to do the job convincingly. You may also have to join some good theatre acting classes in Bangalore

Are you looking for some acting tips?

Here are a few acting tips for your perusal…

Acting auditions are the key to test your own acting skills as well as showcase them in front of a casting director.

Go for as many of them as you can.

FLUX offers quality acting classes in Bangalore addressed by the well-known acting figures in the field. Join them if you are really serious about polishing your acting skills.

Read on: Best English and Hindi Acting Classes in Bangalore Indiranagar at FLUX 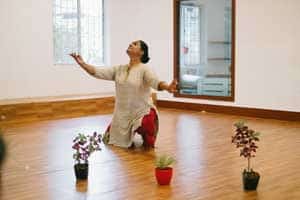 Do you speak flat or do you modulate your voice with the flow of the sentence?

If it’s flat, you need to join voice modulation classes without delay.

Voice modulation means emphasizing on the important words in a sentence at their right syllables meant to emphasize on. It also means that not so important words are shrunk in time by speaking them more speedily without putting any emphasis on their syllables.

In the process of emphasizing on the important words in a sentence, a modulated voice uses the thoracic diaphragm by jerkily contracting it, throwing as much air out of the lungs as possible while speaking the syllable to be emphasized and then speaking the latter part of the word in a calm and relaxed way while inhaling the air back into the lungs slowly.

The entire process of shrinking the unimportant words by speaking them speedily without emphasis and modulating all the important words through this procedure adds a beat and then also a melody to every important word providing a musical flow to the full sentence. We take care of all these factors in our voice modulation classes.

Also, an echoing reverberation gets added to the modulated voice making it deeper, clearer and much more impressive in its dialogue delivery.

In fact every aspiring actor must work on her/his voice modulation to make it impressive!

Join our voice modulation classes in Bangalore at FLUX now. 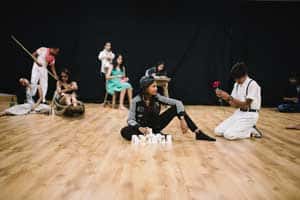 Do you have the vision and the personality of becoming a theatre director?

You can always develop them by joining theatre direction classes.

A theatre director is a visionary who envisions a drama script in her/his mind’s eye and then works forward to put it in shape in consultation with the playwright, through providing instructions to the people in charge of set design, costumes, properties, lighting, acting and sound design for the production.

What makes a good theatre director?

Imagination and interpersonal skills to put her/his vision into practice with the team members!

What are the roles of a drama director?

A drama director must have a deep insight into the graph of the drama action. This insight is to be on the emotional psyche of the audience. He/she should also have a comprehensive vision of set design, costumes, properties, lighting, acting and sound design.

Hence a drama director has a role to play in each and every department of a theatre production.

Theatre director training strongly helps a person with all the above-said qualities to refine them in order to become a great theatre director.

If you feel you have these qualities in you, you must seriously think of joining theatre direction classes at FLUX. 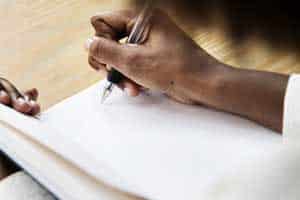 Do you have a quality of storytelling in your interacting personality?

A play is simply a special form of storytelling.

Writing a play starts with an artistic imagination in the mind involving storytelling.

You need to structure your storytelling imagination in the form of a script. It should provide all details about the actions, movements, expressions and also the dialogues the actors would be speaking.

A play script is quite different from a movie script. Whereas you have more freedom in structuring a movie script, a play script has quite a few limitations as not every type of action can be portrayed on stage.

A script writing software may also help you with a script writing template. It does so by arranging your structure well according to the protocols of writing a play script.

Do you want to learn the art and the craft of script writing in order to churn out great scripts to be staged as full-fledged drama productions?

FLUX offers in-depth script writing classes in which you learn not only the craft but also the art of writing great plays from the expert playwrights in the field.

If you have a storytelling streak in your personality, you must give a serious thought to join these script writing classes!

You can check our Regular Drama Classes Schedule HERE.